R.I.S.K. is Azerbaijani IT Company carrying out projects in 12 countries around the world. The aim of the project is to create a corporate calendar dedicated tocompany's 20th anniversary that would successfully show the audience the scale of the company’s business and would be noticed among numerous calendars sent to the important stakeholders of the company in New Year Eve.

Creative team of JIS decided to use the moto of the client "We make your business more effective" as a main line of the calendar to proudly announce ideas implemented during 20 years of operation.

Every page of the calendar has different shape and tells about world innovations linking them with the ideas of R.I.S.K. company.

We used different print techniques to add the effect of reality to pictures, such as embossing and lettering. 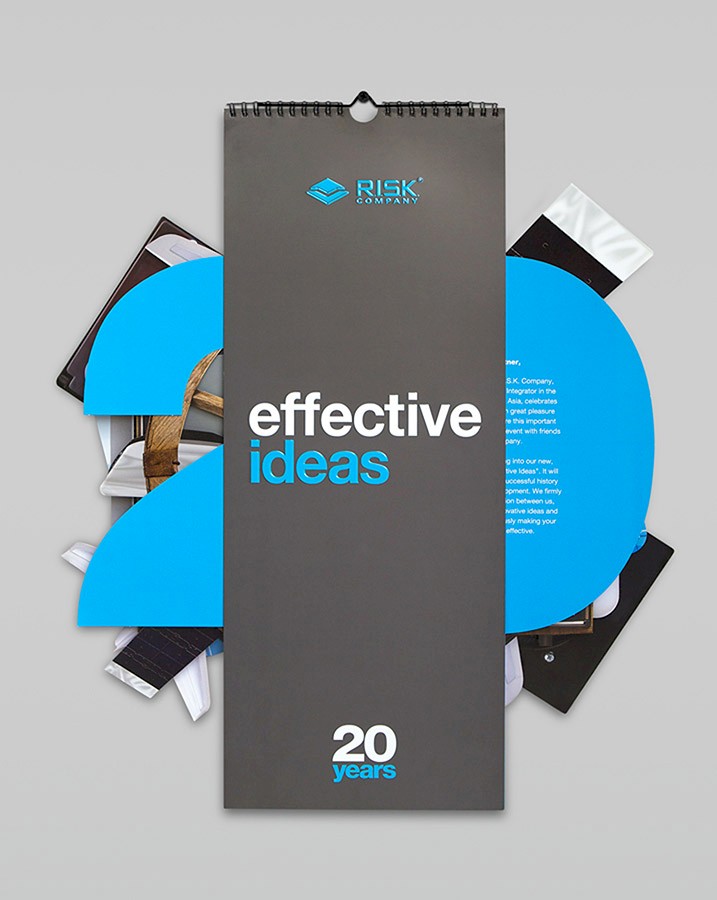 Cover page of the calendar 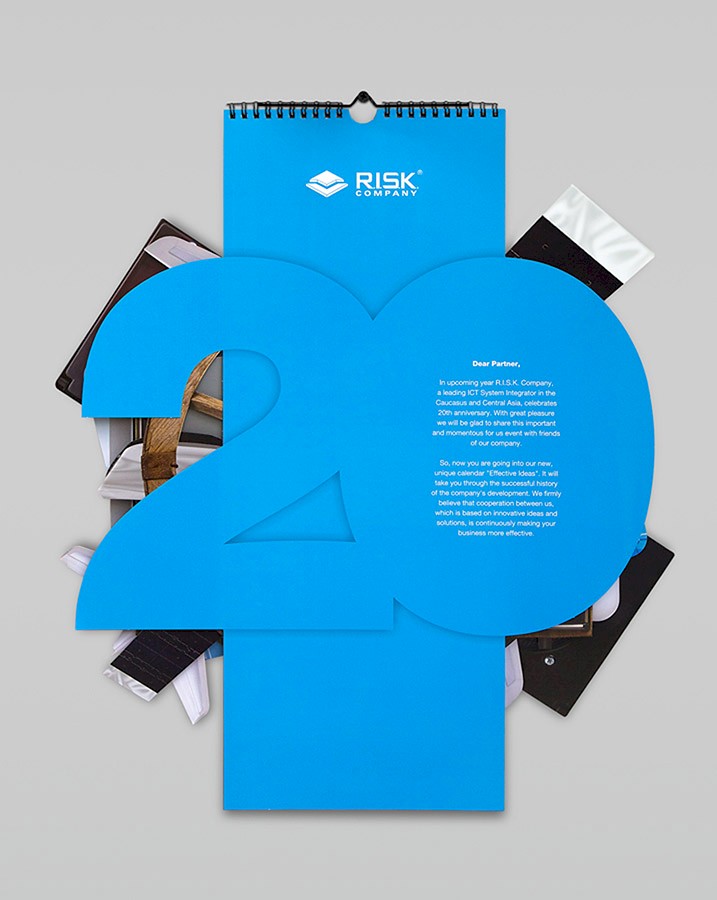 Message for the clients 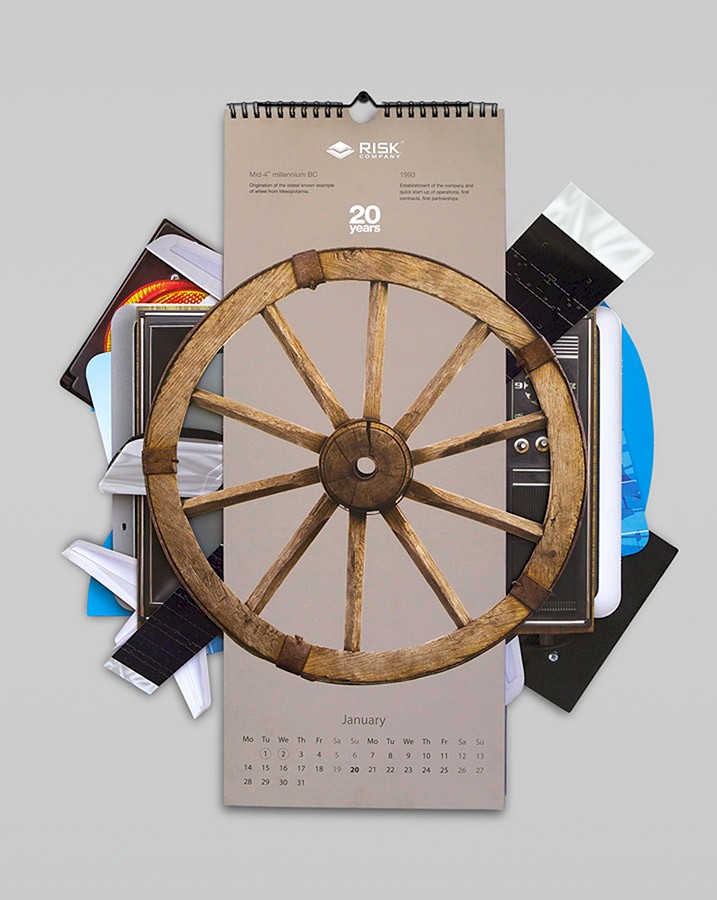 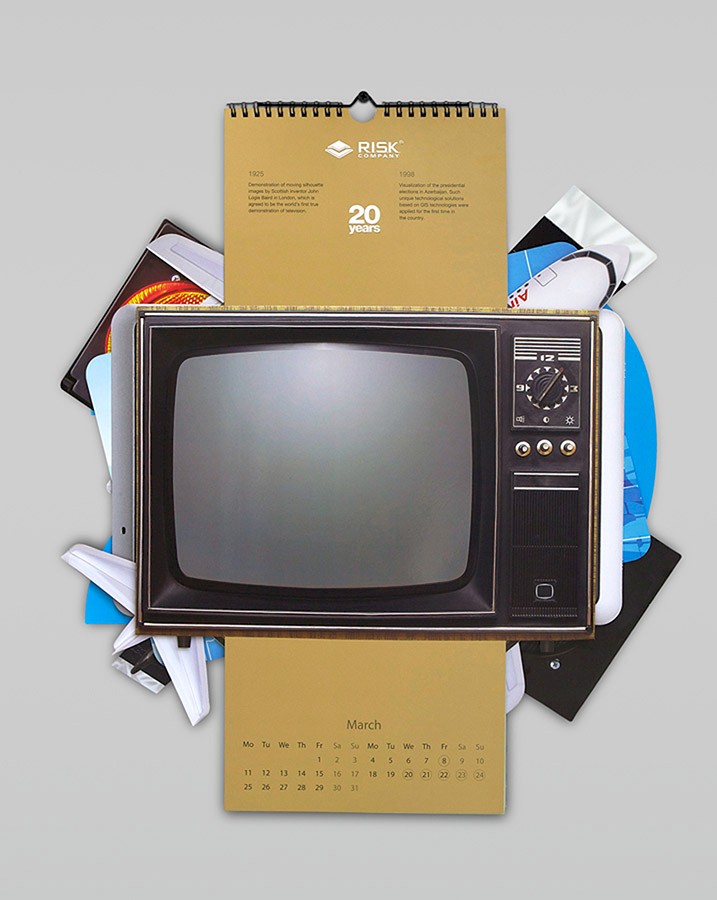 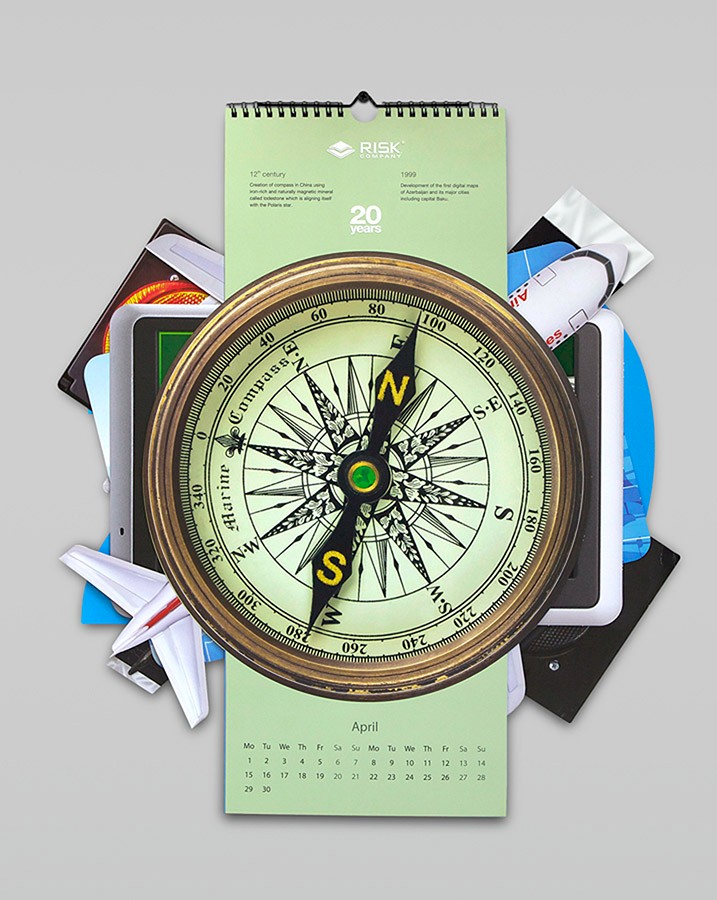 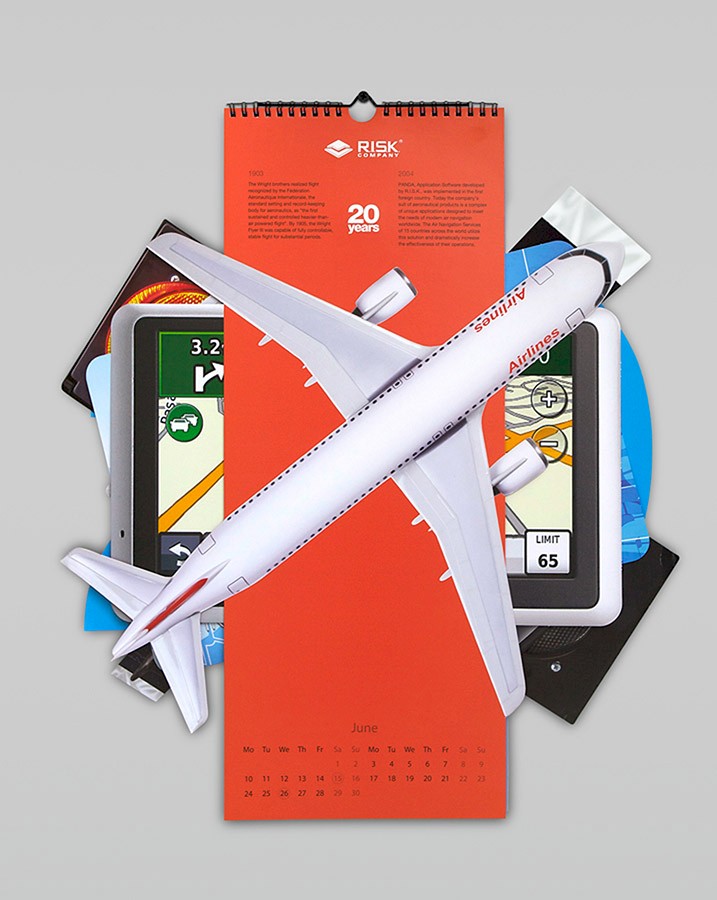 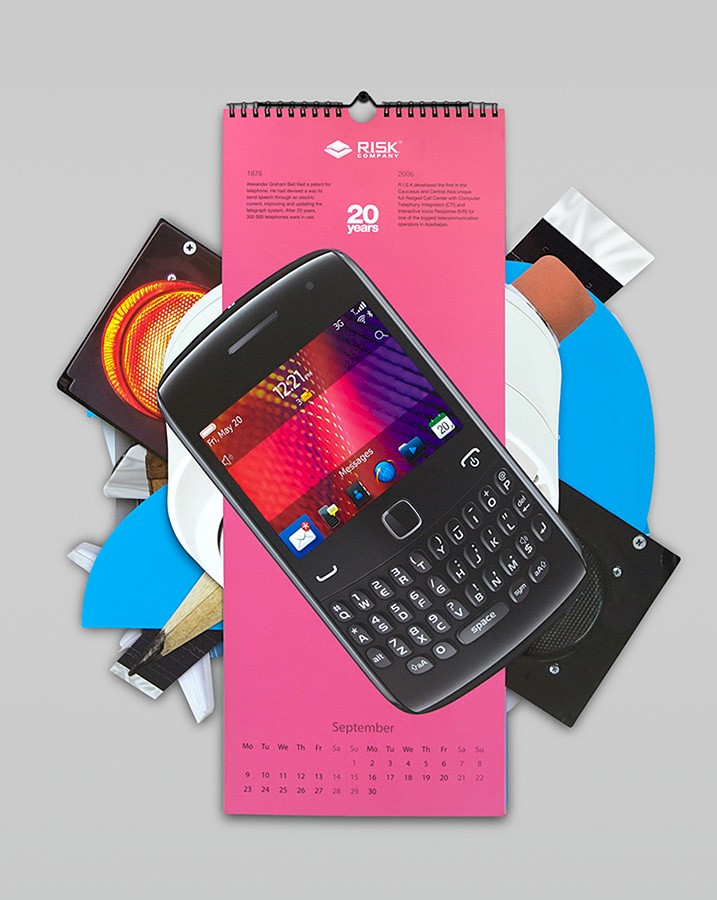 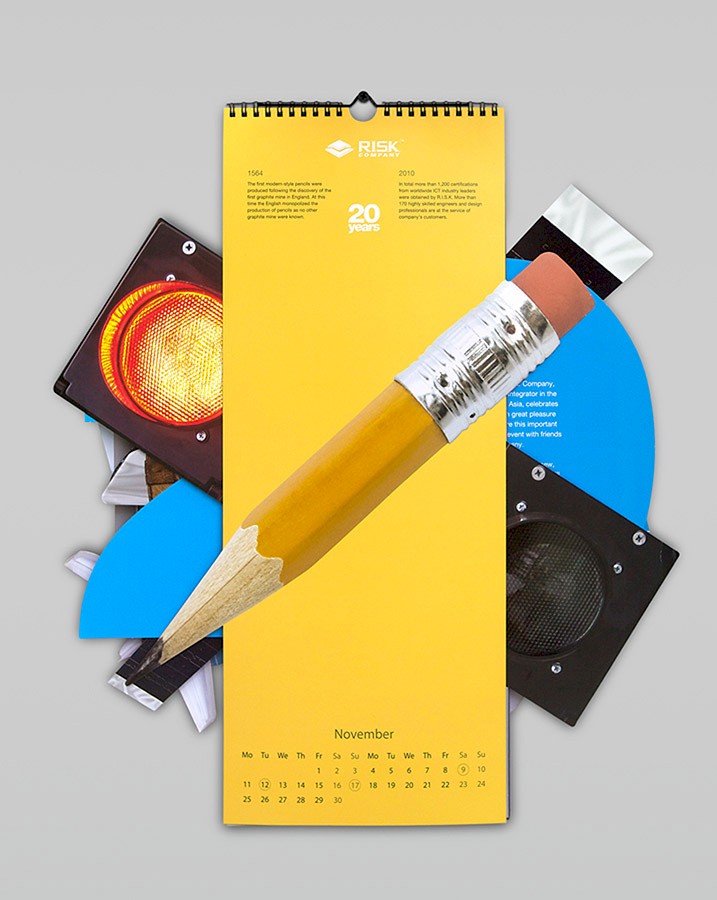 Our task was to create corporate calendar for year 2013.